Idea Café, The Small Business Gathering Place®, is giving entrepreneurs the chance to win a cash grant and gain media exposure for their business. The Idea Café 20th Anniversary Grant will award $1,000.00 to the small business with the most inspirational owner and most original approach.

Our previous winners have been featured in the press and on TV, so winning the Idea Cafe grant can have far-reaching benefits for your business!

Anyone who currently owns a business or is planning to start one.

In order to access the application form, you must be a registered "Regular" member of Idea Cafe, and not previously have received a cash grant directly from Idea Cafe. (Prior Idea Cafe grant finalists and semi-finalists are welcome to apply for this new grant.)

HOW DOES THE SMALL BUSINESS GRANT WORK?

Phase 1 – Entry period: Small businesses can fill out and submit their application form. All entries are subject to editorial review and approval by the Editors of Idea Cafe, to ensure they meet eligibility criteria. Submission open 12th October 2015 and close on 17th January 2016.

Phase 2 – Semi-finalist phase: After the application period concludes on 17th January 2016, all entries will be screened for conformity to the official guidance. Incomplete entries or entries that do not comply with the rules will be disqualified. Approved entries will be posted for public voting in the semi-finalist voting round.

Phase 3 – Finalist Voting Round: The top 10 companies who received the highest number of votes will advance to the final round of this grant competition where the ultimate grant winner will be determined by the public.

The 20th Anniversary Small Business Grant will award $1,000.00 in cash to the small business with the most inspirational owner, willing to take their business to the next level.

Vote just once per round - Each person only gets one vote - so choose carefully which company you think has the most potential and will use the money best!

Encouraging votes - It is perfectly acceptable to encourage your fans, business connections, social media followers and others to vote for you, through social media, email/mobile lists, blogs, websites, forums and other methods. In other words, it is permitted to encourage anyone to support your business with voting.

Prohibited conduct - You may not promise to pay, offer to pay, or actually pay monetary compensation in exchange for votes. Prohibited activity includes, but is not limited to, purchasing or offering to buy votes via Fiverr, AmazonTurk, job boards, buy/sell forums or similar places -- such activity is against the rules.

*All participants who break the rules will be disqualified.

We reserve the right to terminate or extend the Grant at any time, without prior notice, due to unavailability of the grant website, natural disaster, or any other reason.

With this grant Idea Café is celebrating its 20th Anniversary. WOW! If you are look around not many of the Internet pioneers who started back in 1995 are still around but Idea Café is still here and is proud to be among the oldest existing small business communities on the internet continuing to serve up a fresh, "Fun Approach to Serious Business"(sm) for people like you who think for themselves, work for themselves, and like their work to be fun. 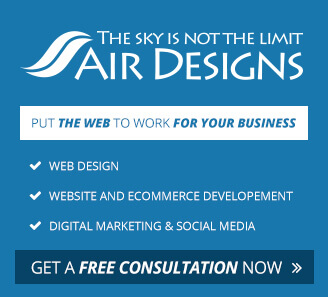 IdeaCafe.com has been online since 1995 and is known for its popular CyberSchmooze forums, where small business owners, startup entrepreneurs and experts share questions, information and provide objective feedback.